Oops! It appears that you have disabled your Javascript. In order for you to see this page as it is meant to appear, we ask that you please re-enable your Javascript!
Skip to content

Category: Paying it forward; giving back 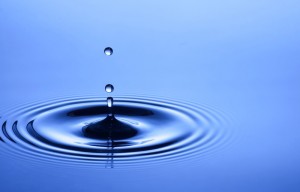 The phrase pay it forward is older than most of us realize. Menander (339 BC -290 BC) wrote about the concept in his play Dyskolos.
As a Cosmetologist you will be in constant contact with people from all walks of life who will have all kinds of events going on in their lives. A lot of these clients will confide in you their troubles and their fears. Some you will be able to help, others you will only be able to lend a sympathetic ear. Over the last 25 years I have had many people share the most intimate of stories with me. I have helped people with addictions seek the help that they needed. I have shown support to clients who had dreams that would have never come true if not for someone believing in them. I have attended sporting events for my clients kids to show them how important it was to me that they succeeded and stayed out of trouble. A person can never know what impact they will have on peoples lives but as a Cosmetologist you are given a special gift and a unique opportunity to touch people in very special and meaningful ways. This is a prayer I found to be most helpful in my years behind the chair

You will be blessed by giving to those who can never pay you back. You are your brothers and sisters keeper. Paying it forward starts with one person doing something for someone else and expecting nothing back but to experience the joy of knowing you may have just made all the difference in the world for the person you gave to.

Everyone deserves to succeed

Paying it forward; Giving back 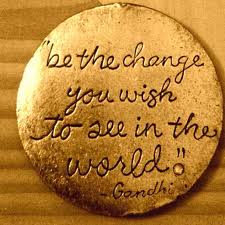 Hello and welcome to my paying it forward, giving back blog. I believe we are put here on this Planet to serve. Serve our fellow brothers and sisters, serve the Earth, and to serve God. Never underestimate what you can do to help ease the load someone else may carry. A smile, a hug, a kind word, a compliment; all cost nothing but may change the course for the person who hears it.

This is one of my favorite stories

Once upon a time, there was an old man who used to go to the ocean to do his writing. He had a habit of walking on the beach every morning before he began his work. Early one morning, he was walking along the shore after a big storm had passed and found the vast beach littered with starfish as far as the eye could see, stretching in both directions.

Off in the distance, the old man noticed a small boy approaching.  As the boy walked, he paused every so often and as he grew closer, the man could see that he was occasionally bending down to pick up an object and throw it into the sea.  The boy came closer still and the man called out, “Good morning!  May I ask what it is that you are doing?”

The young boy paused, looked up, and replied “Throwing starfish into the ocean. The tide has washed them up onto the beach and they can’t return to the sea by themselves,” the youth replied. “When the sun gets high, they will die, unless I throw them back into the water.”

The old man replied, “But there must be tens of thousands of starfish on this beach. I’m afraid you won’t really be able to make much of a difference.”

The boy bent down, picked up yet another starfish and threw it as far as he could into the ocean. Then he turned, smiled and said, “It made a difference to that one!”